Home · Blog · News · Is a Housing Recovery on the Horizon?

Is a Housing Recovery on the Horizon? 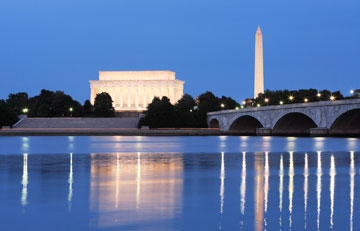 According to a recent BusinessWeek article, throughout the U.S. we’re starting to see signs of life in the Housing Market. And though we are still a long way away from a full recovery, as foreclosure and unemployment rates remain high, some metro areas have entered into the early stages of a housing rebound.

Of the 21 metro areas that made Bloomberg BusinessWeek’s list of Most Improved U.S. Housing Markets 2010, the Washington-Arlington-Alexandria, DC-VA-MD region came in at an impressive No. 7. Denver topped the list at No. 1 followed by Boston, St. Louis, and Pittsburgh.

Some signs from the current Report that support the BusinessWeek ranking and suggest the Washington, DC area’s housing market is heading in the right direction include:

In a press release, David Charron, President and CEO of MRIS explained, “While the Mid-Atlantic housing market is not yet performing at the robust levels of 2005, it is clearly showing some important signs of recovery that are crucial to reestablishing a stable housing market.” To end on a good note, the Washington metro area housing market by most measures continues to perform better than most areas. If you’d like to learn more about the Mid-Atlantic’s Housing Market, Regional Economy and Outlook and much more on the factors that affect housing in our area, definitely take a look through the Trends in Housing Report.