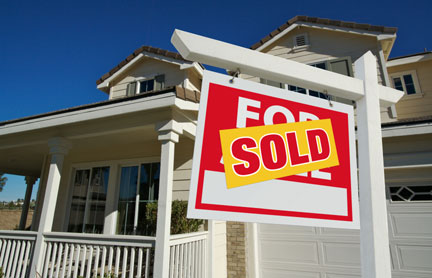 March turned out to be a great month for new home sales. In fact, it was the best month since July of 2009. The Associated Press reported new home sales increased by 27% since February, the largest monthly increase in 47 years.

So what caused this drastic jump? Probably combination of some good weather and the looming deadline on the government tax credit.

If you live in the D.C. area, you know what a crazy winter we had. It’s no surprise people were staying in their homes during those winter months rather than making trips out to new home communities. But once the weather took a turn for the better, home shoppers began to come out of hiding. Also, many shoppers are out there rushing to get a contract in before the government tax credit ends on April 30th, just one week from now. First-time homebuyers still have a chance at that $8,000 tax credit, or $6,500 if you are a current homeowner.

Nationwide, there’s still nearly 7 months of new home inventory out there. Over 250 Move-In-Now homes are currently listed in NewHomesGuide.com. So if you’re in the market for that perfect home, there are some great deals to be had. Be sure to check out our Events page too, for the latest builder incentives.